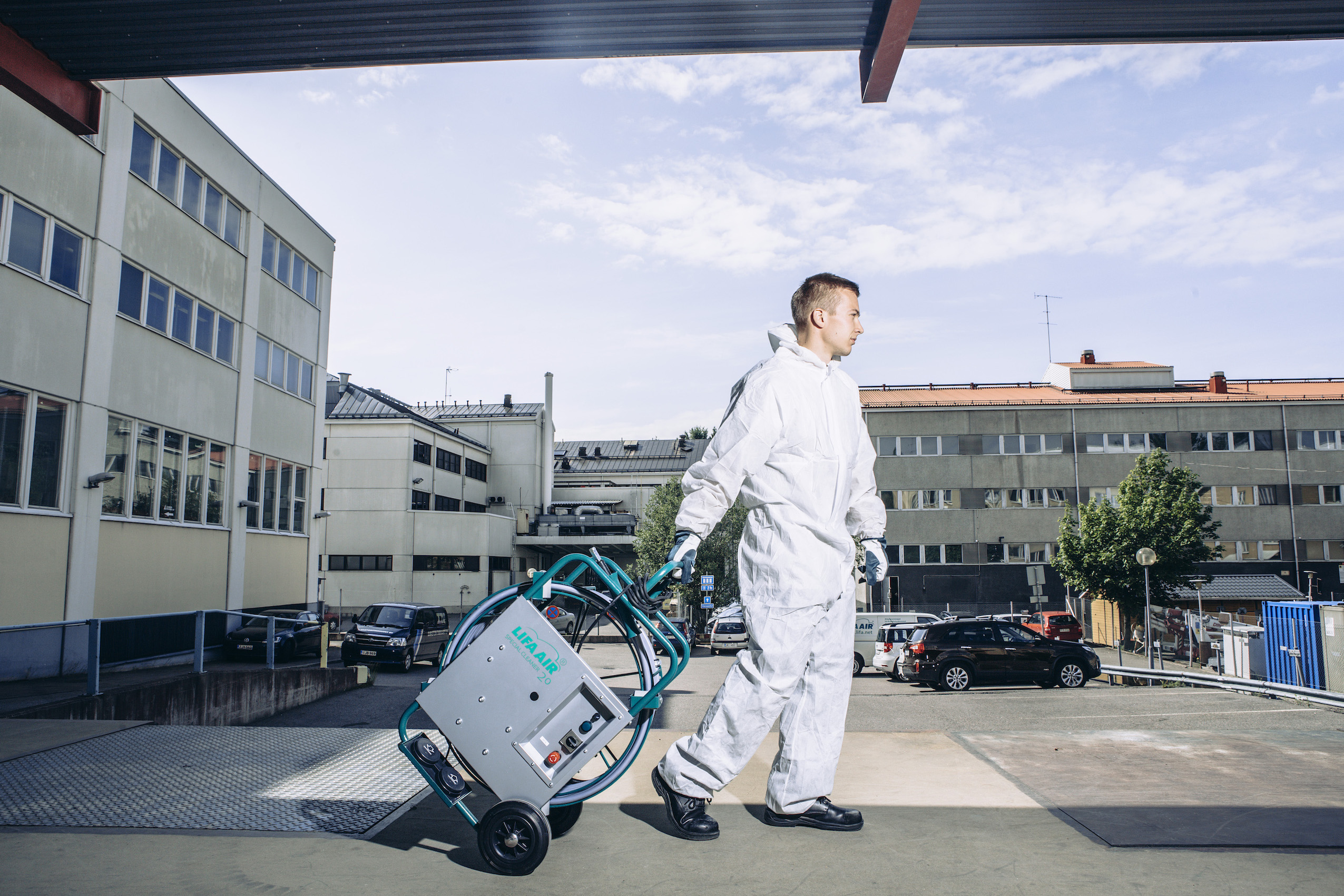 Sick Building Syndrome is a widely recognised but little understood phenomenon where people suffer a range of symptoms that are connected to time spent in a particular building, usually an office. The NHS website lists improving ventilation as the number one thing that can be done to counteract the effects.

The NHS lists possible symptoms of Sick Building Syndrome as:

These symptoms could be caused by many things but are most likely to reflect sick building syndrome if symptoms subside when they are being experienced by lots of people who work in the same building and when they subside shortly after leaving the space.

The number one thing that everyone working in a particular building shares, is the air circulating in the space. That’s why the number one thing you can do to counteract Sick Building Syndrome is to ensure that indoor air quality remains high.

This might sound counter intuitive but opening a window may not be the best solution. A 2016 YouGov survey commissioned by the Building Engineering Services Association (BESA) found that opening a window could allow outside toxins to enter the building, thereby polluting the space further.

Better than opening windows as a reaction to symptoms is to ensure that air filtration in a building is adequate and fully operational at all times. This includes the need to build regular ductwork cleaning into the maintenance schedule of a building and ensuring that ductwork leakage throughout the building is minimal and maintained to be within the allowable limits. Failure to do either of these things could quickly impact the health of a building, by which of course, we mean the health of the people who spend their working week inside of it.

In the same BESA study, 70% of office workers reported that they believed poor indoor air quality in their workplace was having a negative effect on their productivity and well-being. The report produced by the Royal College of Physicians, which prompted the BESA survey, stated that poor air quality, both indoor and outdoor, could be linked to as many as 40,000 premature deaths in the UK every year.

Since we spend up to 90% of our time indoors in this country, with many of us spending a significant portion of that time at work, the implications of poor air quality at work could be far reaching.

If you feel that Sick Building Syndrome is effecting your employees, act now. Employ qualified, BESA approved engineers to check that your air filtration systems are in full working order and it could impact the productivity, as well as the health, of your team.

At [sitename] we use cookies to make our site work well for you and so we can continually improve it.

Necessary cookies enable core functionality such as security, network management, and accessibility. You may disable these by changing your browser settings, but this may affect how the website functions.

We also use analytics and marketing cookies to help us understand what content is of most interest and to improve your user experience. The cookies collect information in a way that does not directly identify anyone. It’s your choice to accept these or not. You can either accept all, reject all, or use the settings link to choose and save individual choices. You can change your choices, and delete all cookies, at any time.

This website uses cookies to improve your experience while you navigate through the website. Out of these cookies, the cookies that are categorized as necessary are stored on your browser as they are essential for the working of basic functionalities of the website. We also use third-party cookies that help us analyze and understand how you use this website. These cookies will be stored in your browser only with your consent. You also have the option to opt-out of these cookies. But opting out of some of these cookies may have an effect on your browsing experience.
Necessary Always Enabled
Necessary cookies are absolutely essential for the website to function properly. These cookies ensure basic functionalities and security features of the website, anonymously.
Functional
Functional cookies help to perform certain functionalities like sharing the content of the website on social media platforms, collect feedbacks, and other third-party features.
Performance
Performance cookies are used to understand and analyze the key performance indexes of the website which helps in delivering a better user experience for the visitors.
Analytics
Analytical cookies are used to understand how visitors interact with the website. These cookies help provide information on metrics the number of visitors, bounce rate, traffic source, etc.
Advertisement
Advertisement cookies are used to provide visitors with relevant ads and marketing campaigns. These cookies track visitors across websites and collect information to provide customized ads.
Others
Other uncategorized cookies are those that are being analyzed and have not been classified into a category as yet.
Save & Accept
Powered by